Among the most important works of our company is the attraction of more than 1.4 billion rubles to expand production capacity and working capital financing of one of the leaders of the Russian market of snack foods group.

The initiator, the borrower and the operator of the investment project is the company "K.P.F. "Consensus", which has more than ten years of experience in the production and sale of bakery products. At the term of reference the enterprise realized 15 tons per day, and took third place in Russia for the production and realization of crackers and toasts ("Emelja” trademark).

The aim of the project was the construction of the food factory, namely, the three new buildings, working capital financing, as well as the purchase of equipment to expand the range of products.

After several unsuccessful attempts to get the company the necessary financial resources on their own, as well as with a number of consulting services, the management of the company decided to apply to the IA "SOLEV."

After examination of the client’s business plan and a thorough study of all aspects of the project we decided to use a method of project financing, the result of which was the acquisition of the required funding.

Nowadays the product of the company is supplied to 25 regions of Russia. Renovation and expansion of Ostashkovsky tannery

Since 2002 "SOLEV" IA regularly provides assistance to its regular customer - Ostashkovskoe tannery - in raising funds for the reconstruction and development of the existing production.

Annually organized with our participation the loans of the tannery amount to 10 - 15 million dollars.

During the development of the project "Modernization and replenishment of working capital of VCDP LLC experts of “SOLEV” IA performed the following work: feasibility study of the project, preparation of a package of loan documents; organization and consulting support in the bank, up to the positive decision of the credit committee, assistance in the design of credit agreements; agreement on the supply structure; funding provision.

Expansion of the company "Interkros TK"

“Interkros TK” company is one of the largest suppliers of dairy products in Russian market. It is a dairy plant with a rather stable financial situation. For purposes of the expansion of the company’s activity “SOLEV” IA raised a loan of 100 million rubles for the purchase of raw materials: raw milk and milk powder.

Employees of “Solev” in course of involving trade finance developed a business plan for the project, a complete set of documents and held negotiations with the bank. As a result of all actions Fashion House "Elena Shipilova" received the necessary funding to work with key suppliers, thus reducing their need for working capital.

Business plan preparation for obtaining a loan for working capital replenishment for “Intercors SP” LLC – the largest distributor for “Wimm-Bill-Dann” in Saint Petersburg and Leningrad Oblast. 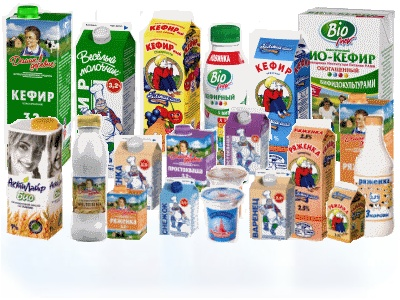 The main goal of the investment project is obtaining a short-term loan for developmebnt of the main activity of the company on wholesale trade of socially important food products: dairy products, hard cheeses, juices, baby food and raw materials such as milk powder.

The specialists of “SOLEV” have developed a business plan that satisfied completely one of the largest banks of Russia. In the course of the project, our staff carried out the coordination of all the participants, provided the information to banks in time, including making changes to the project at the request of the bank. The result of this hard work was the passing of the credit committee and receiving the funding. According to the "Interkros SP" high quality of the business plan has allowed it to be the basis of future planning.